Species roses are the original rose varieties found in nature from which all the others have been bred. They are vigorous bushes that generally thrive on neglect and tend to be exceptionally hardy. The flowers are usually single (with only five petals) and commonly appear only in spring and early summer. They carry their fertile hips into the winter, providing food for birds and winter color. The year given next to each roses indicates when the rose was first known in cultivation. 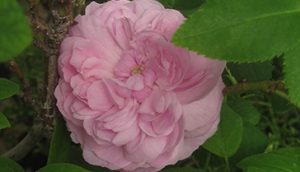 Old Garden Roses are the classic old-fashioned roses developed in England, Europe, and the Middle East prior to the introduction of roses in China and the Far East in 1867.

They typically are very fragrant, bloom heavily in spring (though some repeat bloom) and are most often found in shades ranging from white and pale pink to burgundy. Also known as “Heirloom” or “Antique Roses,” the following classes of roses are within this grouping: 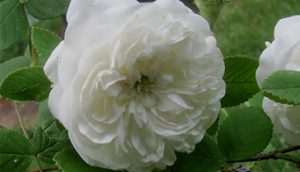 Though many of our “modern roses” may seem quite old, the term is used to denote roses hybridized after 1867 when the first Hybrid Tea, “La France,” was introduced. Early Hybrid Teas were developed by crossing European roses with China and Tea roses from the Far East, which, though more tender, brought the characteristics of repeat bloom and greater color selection to rose breeding.

The roses we know today often have very complex parentage as efforts are made to produce roses that bloom continuously, are fragrant, and come in myriad colors.

The following groups show a sampling of the diversity that is available to rose growers today.