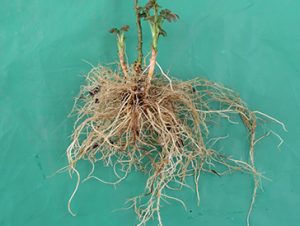 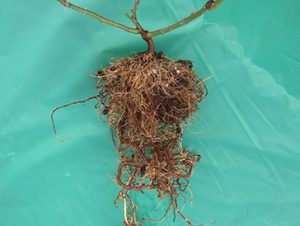 All of our roses are grown on their own roots, which means that they are grown directly from cuttings and not grafted onto a different rootstalk. There are several benefits to purchasing own-root roses as compared to grafted roses which are typically sold at large retail outlets.