Home About Us Celebrating the big 5-0! A Little History

Here’s a historical overview of High Country Roses written by my step-sister Heather a few years back, enjoy.

A History of High Country Roses 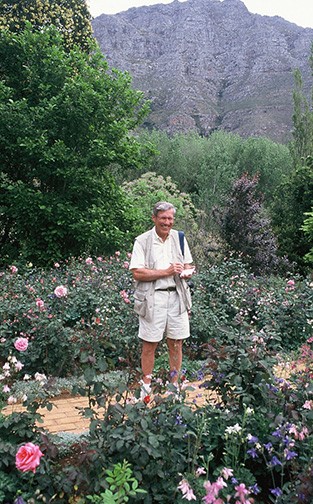 This article was recently published by the Rocky Mountain District of the American Rose Society.

Many long-time Colorado gardeners remember the High Country Rosarium, a quaint office in downtown Denver on Downing Street surrounded by an unlikely number of very large shrub roses. It caught the eye of everyone passing by when the 10 foot tall ‘Alba Suaveolens’, ‘Lawrence Johnston’ and “Champagne Arches” were in full bloom arching over the wrought iron fence each year in June. The office still stands, and the last time I looked (a couple of years ago) many of the roses were still there, attesting to their durability and vigor over the years since the mid-1970s when Dad planted them.

Dr. Bill Campbell founded the original High Country Rosarium in Denver in the early 1970s. His love of roses came from his parents in Colorado Springs, Bill and Mae Campbell, who were among the founding members of the Colorado Springs (now Pike’s Peak) Rose Society. His sister, Jean Cartwright, was an active rose grower in the Springs, while Dad moved to Denver in 1957 to take up rose growing a bit farther north.

In the early years, he was a frustrated rose grower who got tired of having his roses die back year after year, succumbing to the harsh and variable Colorado winters. He ended up with a large number of ‘Dr. Huey’ roses that grew from the rootstock, but little else. He began researching different types of roses, in particular the Old Garden and Species roses, and found that many of them thrived. His wanderings around Denver took him to Fairmount and Riverside Cemeteries, where very old, often neglected roses still bloomed reliably year after year. He found that growing roses on their own roots, rather than being grafted onto another root stock, often resulted in much less winter loss, and if the canes did die back, the roses would still come up in spring as the same variety.

Dr. Bill became an active member of the American Rose Society and several local rose societies, including Denver, Arapahoe and Boulder, was a Consulting Rosarian and an Accredited Judge. He enthusiastically gave slide shows and presentations on the history of roses whenever a request was made. Always the scientist, he experimented with taking cuttings and successfully propagated many of his favorite varieties. He found that other roses growers were interested in the trying some of the old varieties, as well as some of the more modern, hardy shrub roses, and by 1976, he was selling a few roses to members of rose societies, garden clubs and interested friends.

It was at rose shows and rose society meetings that he met Linda Douglas Brown, and they married in 1986.

Linda was also an avid rosarian, especially fond of Miniatures, and gave many years of service to the American Rose Society as chairperson for the Program Services Committee and the Award of Excellence Miniature Test Garden Program. She was Editor of the 1990 Rose Annual and wrote several articles for the American Rose magazine. She was the District Director for the Rocky Mountain District and received its Silver Honor Medal. Ralph Moore, the remarkable rose hybridizer, named the vibrant red Rugosa hybrid ‘Linda Campbell’ in her honor.

With two rose growers in the household, the areas of lawn grew ever smaller and their home on Ash Street became a showplace for roses. The count I heard was 500 bushes, but as the plants intermingled, it was difficult to tell! The effect was a stunning, fragrant display that drew rose growers from around the country on tours. Walking under the arching “Victorian Memory” into the lush back yard is one of my favorite memories of the garden.

During the 1980s, the High Country Rosarium took off as a business, nearly taking over the 1717 Downing office with a tissue culture lab in the basement and greenhouses crammed into the back yard. My sister, Melinda, was one of the managers at the time, and sister Sharon helped with the accounting. Linda’s young teenage sons, Matt and Bill, took cuttings in the greenhouse and worked out at “the farm” near Fort Lupton where the roses were grown out to a larger size. Melinda produced a catalog and began shipping roses around the country – all pre-internet years! 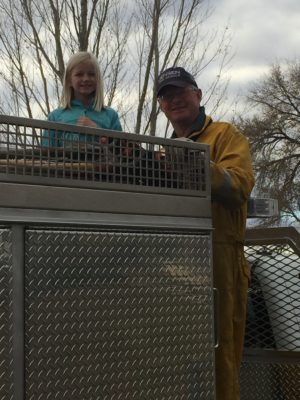 In 1989, my husband, Day, and I began a greenhouse business in Northeastern Utah near Vernal, specializing in perennials and herbs. In 1994, Dad and Melinda approached us to see if we might want to try growing a few roses, as Linda had passed away and they wanted to move on to other ventures. They suggested we start with 30 varieties and see how it went. In 1995, we began shipping roses, and with Dad providing our initial cuttings and Melinda providing technical support, over several years list quickly grew to over 270 varieties. The advent of the Internet allowed us to reach a much larger audience, even from the tiny town of Jensen, and the business grew and thrived. Dad passed away in 2003, but his love of roses and the Rosarium he founded remains with us today. In fact, the company outgrew us in Utah and needed someone to take over while we concentrated on our local garden center business. When I mentioned the idea of selling the rose business, Linda’s son, Matt, gave it careful thought and decided to jump in.

Now High Country Roses has returned to Denver, and the next generation of the family has taken over ownership of the business! Matt and Jennifer Douglas are at the helm and are enthusiastically learning the day-to-day operations of growing roses commercially, operating a mail-order business, and are 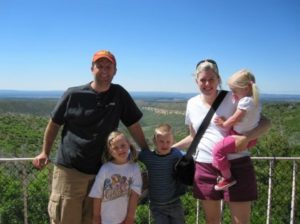 Matt and Jennifer Douglas with Noah, Grace and Hannah

already making improvements in its operations. I doubt that Matt knew when he was “schlepping” 2 gallon roses as a teen that it would lead to his future business venture, but he inherited the “rose gene” from his mother, Linda, and has been growing roses at his own home for many years. He brings an MBA and years of experience in the building trades industry to the table, while Jennifer is an education professional and is very adept at word-crafting and publishing. Their three young children will soon be taking cuttings and exploring their own back yard of roses!

Search here for your perfect rose!